What Causes Gums to Bleed while Brushing? 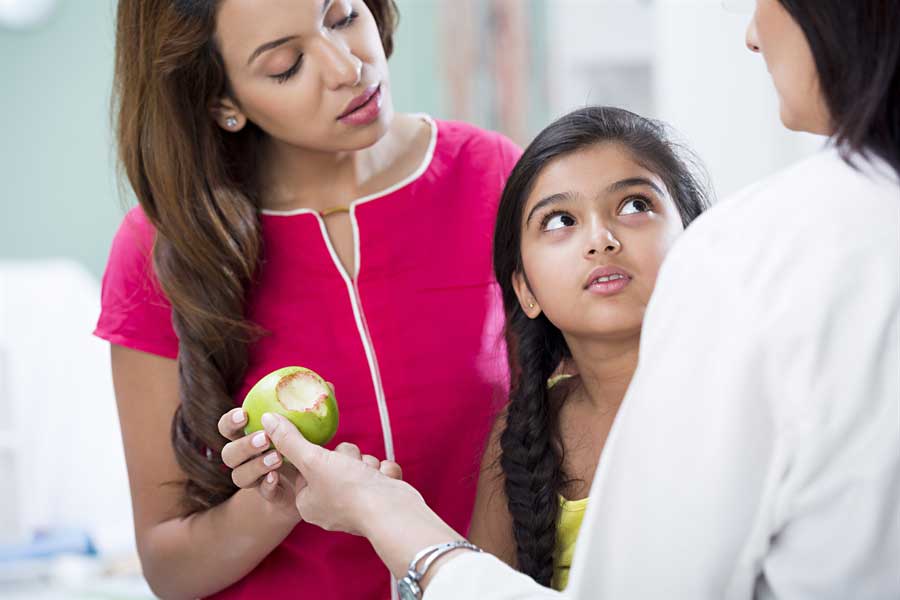 Gum care is necessary for your oral health as proper oral care is the only way of ensuring that your gums are healthy. You cannot afford any carelessness from your end in your oral health care routine as it can lead to the problem of bleeding gums. If you are suffering from consistent gum bleeding problems then you must not ignore it and instead look for cures.

Why do gums bleed?

When you eat something, food particles get stuck between your teeth. At such times, a toothpick or brushing comes to the rescue but when the food particles are tiny and too minute for the brush to remove bacteria feast upon them and form acid. The acid results in tooth decay and the bacteria accumulated in the mouth leads to the problem of bleeding gums.
Gingivitis is the first stage of the gum disease. If not treated on time, it becomes periodontitis and in some cases advanced periodontitis. In gingivitis, bacteria cause inflammation of gum tissue. As a result, gum becomes puffy, red and swollen. Blood blisters are formed in the gum tissues which then tend to bleed when you brush or floss.

The obvious symptom of bleeding gums or gum disease is bleeding. It can be painless or followed by a slight pain in the gum area while eating or chewing something. Other than that, puffy gums, swollen gums, red gums and bad breath are few other common symptoms of bleeding gums.

Among the many causes of bleeding gums we have got your covered some of the most prominent ones.

Not following the golden rule of brushing, flossing or using a mouthwash and tongue cleaning can lead to the problem of gum diseases. 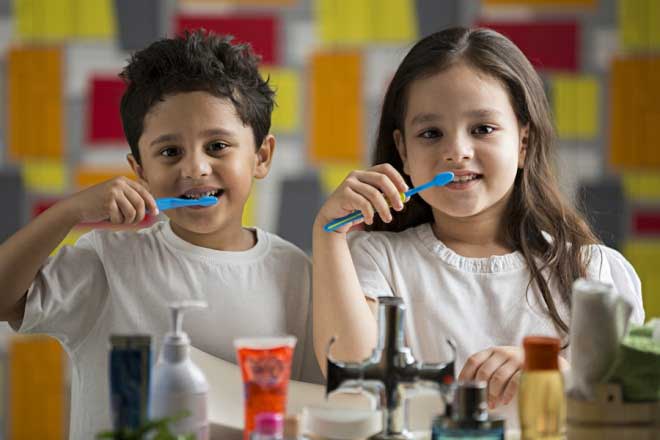 2. Side effect of pregnancy-

Some women experience bleeding gums as a consequence of hormonal changes their body undergoes during pregnancy.

Plaque is a thin film that surrounds your teeth. Improper brushing habit is a culprit behind plaque build-up. It leads to tartar formation on your teeth which can lead to bleeding gums.

Too much sugar can boost up bacteria build up in your mouth that can lead to gum diseases.

Unhealthy diet makes your gums unhealthy as well. It is one of the main causes of bleeding gums.

Bleeding gums can be experienced as a drawback of certain medication like OTC pain killers.

Stress takes a toll on your body. It messes up with your immune system and affects your oral health.

Smoking is not good for your health. When you smoke, the toxins present in tobacco stops your gums from absorbing the nourishment they require. This may lead to gum inflammation.

Bleeding gums while brushing teeth can be experienced if you have switched from soft bristled toothbrush to a hard bristled one.

Following are the home remedies for bleeding gums treatment that you can easily try.

Adequate oral care helps to fight the causes of bleeding gum. Proper brushing and flossing flush out bacteria and tiny food particles from your mouth and reduces the risk of gum inflammation. Brush with gentle hands so that you do not experience any additional pain. .

Anti-bacterial toothpaste help fight against germs that can cause bleeding gums. It keeps your teeth and gums healthy and strong. A herbal and scientifically proven toothpaste like Dabur Meswak - Herbal Toothpaste that is enriched with the extracts of Miswak plant and loaded with antibacterial and astringent properties aids in reduction of tooth decay, fight plaque and prevent bleeding gums. All this while keeping your teeth and gums healthy and strong, inside-out. 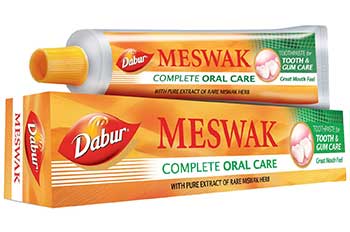 Eating healthy contributes a lot towards your overall oral and dental health. It helps in preventing gum bleeding too. Include fruits, veggies and whole foods in your diet as they are nourishing for your gums.

4. Keep your hands off cigarettes-

If you have gum disease and you are still smoking you are contributing a lot to your pain. The harmful toxins present in tobacco deprive your gum of absorbing any nourishment. Undernourished gums are prone to bleeding. If your gums do not get any nourishment the bleeding would not stop.

When it comes to curing oral diseases, usage of clove oil is always recommended. Rub 2-3 drops of clove oil on your gums. If the oil feels too potent on the gums then pop 2-3 cloves and chew it. Mild burning sensation will be experienced but it does aid in soothing gum inflammation and reducing the problem of gum bleeding.

It is enriched with medicinal properties and massaging its gel or juice directly on the gums will help reduce its bleeding and inflammation.

To relieve the pain and inflammation of gums, gargle with salt water. Add 1-2 teaspoon of salt in a glass filled with lukewarm water. Make sure that water is not too hot because this may hurt your mouth.

It is rich in anti-bacteria properties and helps combat gum problems. Need more information and tips related to gum diseases and its prevention? Keep following our blog.

Maintaining proper oral hygiene and using the right toothpaste plays a vital role in keeping tooth problems such as plaque, cavities, tartar and tooth pain away. Visit our blog to know more about dental care and prevention of dental problems to keep teeth strong and healthy

THANK YOU FOR YOUR FEEDBACK

Was this Article helpful?

Congratulations! Your user id has been created successfully and mail sent to corresponding e-mail address.

A new password has been sent to your e-mail address.